The COVID-19 pandemic caught us all unawares. All of us thought that just like any other flu which resulted in a few casualties, this too shall pass. The initial toll of the affected people was high but most of them were recovering. Things were going on just like that and our usual lives were continuing too.

Then Italy fell prey to the pandemic and the images of trucks full of coffins scared the world. Still, the nations and businesses felt that maybe the Italian Government did not handle it well and the same will not replicate itself for the others. However, the next in line became the United States of America and with the increasing number of dead bodies by the day, people realised that things were serious.

While President Trump did not really close the economies but the ripple effect of the pandemic had started showing already. Major resource economies such as India and China were significantly hit.

In India in specific, the Prime Minister had imposed a country-wide lockdown. Which means a lot of businesses were hit. Economically speaking, the coffers of all the firms, big or small took a hit. The pandemic situation was controlled but the continuous extension of the lockdowns resulted in significant losses. In one form or the other, the world economy which had already been struggling with the impending recession started bleeding.

So, let us explore how the market changed during the time of the pandemic and how now that the things are open will the situation improve!

To begin with, let us first take a look at the factors which were shared amongst all the Business models which saw growth during the COVID-19 pandemic:

These points being mentioned, we will now look at some specific cases of why certain mobile app businesses saw growth while others did not

We will also discuss how using a Mobile App will allow your business the necessary flexibility to combat any such untoward situation in the future.

We will discuss the apps on a case to case basis respective to the sectors where growth was seen. Consider few mobile app case studies

Dunzo has been known to be a famous delivery service provider in the metros. However, the company had been suffering huge losses given that most service providers maintained their own fleet. The COVID-19 pandemic, however, resulted in major changes in fortune for the app. As the world hit a lockdown, Dunzo had its fleet doubling up for others. The mobile app business for Dunzo was known among the circles anyway and hence even if someone hadn’t used it earlier, they were now using it to get their supplies.

Needless to say, that by the end of the two and a half months of the lockdown, Dunzo had become a known name in the households.

Netmeds and 1mg are aggregators for medical services while DocsApp is about Doctors on Call for consultation via a video. While Netmeds and 1mg have been known for a while and there increased usage was only obvious; DocsApp saw a significant rise in its popularity, thanks to its on-time marketing.

With the COVID-19 pandemic at its peak, regular patients weren’t being allowed to get admitted in the hospital. Private practitioners were also not allowed to consult. DocsApp became a bridge between the two and ensured that the needy could get the consultation.

The app saw about 80% increase in its installation during this period.

Despite all its security concerns, Zoom still remains one of the most commonly used app for meetings and webinars. Is that because there are no other options? Well, no because there are but Zoom was always known and easy to handle. The app is very easy to use too.

Google Meetings, however, sort of broke into the perimeter and built heavily on the privacy concerns which Zoom was posing.

The result- most of the office going population has either of these two apps installed on their phone now.

UpGrad, Udemy and Others

Well, upskilling became all the rage and literally took over LinkedIn. Udemy gained a lot thanks to its inexpensive and yet effective courses. UpGrad did add clients but not so much because it is really expensive.

The lesson here: You may be fulfilling a need but you also need to know your audience well.

When Grofers and others faltered to meet the demand and manage their supply chain, Big Basket went over and above to ensure that everything was delivered to their customers. They even tied up inorganically in the chain i.e. with small-time vendors, delivery services such as dunzo and even other private small-time players to ensure that their supply chain kept working.

All that being said, consider this- Had these businesses not had a ready app, would they have gained all this business and customers? Would it have been possible to sustain such a tough time at such short notice for survival?

But still, some of these mobile app businesses faltered. Let us look at the cases below to understand how and why

The Business Which Saw a Decline

Almost all non-essential services or luxury products and services saw a decline. However, it isn’t that it couldn’t have been averted or mitigated. Let us see how.

What Could have been done differently

A probable integration with delivery providers such as Swiggy or having their own app could have helped. We agree that the business would have been cut significantly but it would have remained in some percentage.

The lack of an app completely wiped off all the revenue because there was no way they could aggregate and process.

How to Ensure a Good Mobile App Business Growth

The very first requirement is that the Business Model has to be good and it should always have the room for some flexibility. We saw above how a lot of businesses sustained because they added newer revenue streams or twisted their business models for one of relevance.

Hence, one needs to understand and plan such that their business is not just workable on good days but is also well prepared for contingencies.

The second bit is that one should be aware of all the probable technologies and hence should be ready to leverage whatever opportunity presents itself. Let us look at a few examples below:

So, it is not that the mobile app businesses in specific were hurt, its just that a lot of diversification happened. That being said, let us look at a few things which we feel will ensure that your business or your mobile app business will sustain and grow:

Conclusion on Our Learnings from the COVID-19 Pandemic

As per reports, almost all the app installs saw an average of 30 to 40% increase from their usual numbers. The screen time and log-in time for every single app on the phone increased by about 27% too. The Call-To-Actions on these apps saw an increase of roughly 42%.

Imagine, that it could have been your app. Imagine if your restaurant had an app and your loyal customers could have ordered. Imagine, if your grocery mart had an app and you could have provided the bare essentials. The possibilities are endless and even though we have in a way gotten over the COVID-19 pandemic affects, it will not be too much if we get ready for tomorrow’s contingency!

That being said, we have tried to touch almost all the possible aspects of ensuring a Mobile App Business Growth during the COVID-19 pandemic times. We hope that we have helped you understand how a mobile app allowed so many businesses to sail through these tough times.

We are, however, open to any further questions and discussions. If you have any, you know how to reach out to us!

Let us know about your mobile app development requirement. We are experienced in developing mobile apps. Our experts will contact you for desired information and your mobile app will be ready. Our Technology team will guide you with best suitable advice. 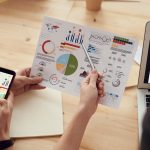 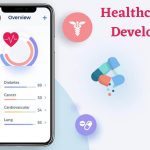