It’s difficult not to imagine the stock exchange as a crowded floor with hundreds of traders shouting their orders, based on movies like The Wolf of Wall Street. However, since the 1970s, when orders became computerized, the world has been steadily shifting toward electronic trading. Placing a buy or sell order in a model that automatically activates an order based on the goals stated by an algorithm’s parameters is known as algorithmic trading. Algorithmic trading, in which a computer conducts trades based on pre-programmed instructions, has been around for a long time and is now a significant factor in the stock market’s regular ups and downs. The days of instructing a person to position a trade by calling your broker are mostly gone.

An algorithm is a series of instructions that are specified and intended to complete a task or operation. Algorithms have become increasingly common in the trading world, with many large clients requesting them. These mathematical algorithms analyze every stock market quote and exchange, spot liquidity opportunities, and transform the data into smart trading decisions. Computer-directed trading, also known as algorithmic trading, reduces transaction costs and enables investment managers to control their trading processes. Firms with the scale to bear the costs and reap the gains continue to benefit from algorithm innovation.

A brief history of Algorithmic Trading

Automated Trading was estimated to account for 70% of US equities in 2013. According to analysts, algorithmic trading accounts for a third of total volume on Indian cash shares and nearly half of total volume in the derivatives market. The history of trading goes back to four centuries to 1602. In the first decade of the seventeenth century, the secondary market for VOC (Dutch East India Company or Vereenigde Oost-Indische Compagnie) shares began. In 1602 the Dutch East India Company started transforming Amsterdam from a regional market town to a major financial center. Within days of the release of easily transferable shares, buyers began trading them. Soon, the general public was engaged in many dynamic trades, such as forwards, futures, options, and bear attacks, and by 1680, the Amsterdam market’s strategies were as advanced as those we use today.

The starting of high-frequency trading(HFT)

How did the stock market growth in the 20th century?

The collapse of the railways from about 1900 to 1929 and then the financial sector’s growth from 1982 to 2007 were possibly the two most significant structural shifts in the US stock market. The stock market’s history is the story of a changing economy. The launch of the New York Stock Exchange’s “designated order turnaround” system (DOT, and later SuperDOT), which redirected orders electronically to the correct trading post, which manually executed them, was a watershed moment in the computerization of the order flow in financial markets. Michael Bloomberg founded Innovative Market Systems in 1983.

Michael Bloomberg, a general partner at Salomon Brothers, received a partnership settlement of $10 million in 1981. Bloomberg founded Innovative Market Systems after designing in-house computerized financial systems for Salomon (IMS). Merrill Lynch pumped $30 million into IMS to help fund the construction of the Bloomberg terminal computer system, and IMS was selling computers to all Merrill Lynch clients by 1984. In humanity’s history, and, by extension, the stock market, social and technological upheaval is a recurrent trend.

The inception of algorithm trading

The Securities and Exchange Commission (SEC) of the United States allowed electronic exchanges to operate until 1998, paving the way for computerized High-Frequency Trading. HFT was 1000 times quicker than a person at executing trades. Since then, high-frequency trading (HFT) has grown in popularity.

The rise of high-frequency trading (HFT)

HFT trades had an execution time of several seconds by 2001. By 2010, the time had narrowed to milliseconds, microseconds, and then nanoseconds. High-frequency trading accounted for less than 10% of stock orders in the early 2000s, but this has gradually increased. According to the NYSE, high-frequency trading volume increased by 164% between 2005 and 2009.

The industry is expected to boom with the onset of these tech-savvy gen-Z traders, with more than 60% of traders dependent on algorithmic trading by 2020. The main advantage of algorithmic trading is that it can perform many trades in a matter of seconds with minimal human interference. According to a report, a human’s average reaction time is around 215 MS or 14th of a second.

Types of Algorithms being used by traders

Any algorithmic trading approach necessitates identifying a lucrative opportunity in terms of increased profits or cost reduction. The following are some of the most popular Algo-trading strategies:

Traders are increasingly interested in Algo trading these days. Many companies in India have developed applications for Algo trading as a result of its benefits. Despite the abundance of options, we must choose the best software for our needs. As we all know, goods on the market do not always meet the required requirements. We must correctly assess them and choose the best option. Below we list some of the algorithm trading software for Algo trading.

Most trading leaves a computerized paper trail. Thus, one thinks it would be simple to address this question by looking at the activities of high-frequency traders. HFT firms, are reticent to reveal their trading practices. Thus, the vast quantities of data involved make it difficult to piece together a coherent picture. Critics of high-frequency trading point to the May 6, 2010 flash crash as an example.

The major indices mysteriously dropped 5-6% in minutes before quickly rebounding. Individual company shares were executed at more than 60% values below their value just moments before. As the VIX index, a measure of expected market volatility rises, algorithmic trading can become active. Furthermore, Algo trading can begin when the chances of future market losses increase. When the chances of a recession rise abruptly, pre-programmed sell orders kick in. An inverted yield curve, for example, has been a precursor of a recession.

Bitcoin unexpectedly increased by 20% in April 2019. Some suspected that Algo trading was to blame for the abrupt change in the world’s most famous cryptocurrency. Traders are increasingly using Algo trading for traditional currencies, in addition to stocks. The majority of national governments, including our own, are stimulating their economies. This is done to maintain consumer demand, reduce market uncertainty, and aid the private sector in creating employment.

This is beneficial in terms of reducing uncertainty, but it also entails borrowing. Large amounts of borrowing is done now, particularly because interest rates are near zero. Even at the current borrowing level, only a small portion of annual tax receipts are needed to service the debt. A high level of government debt is manageable while borrowing rates are low. One thing is sure: uncertainty is a common part of capital markets. Thus, we must learn to live with it, algorithmic trading or not.

Using trading software algorithms guarantees big gains with a high frequency. They do, however, have both pros and cons, as do almost all things. Before moving on to the investment section, it’s always a good idea to learn about the algorithm’s positives and negatives.

Let us know about your mobile app development requirement. We are experienced in developing consulting mobile apps, restaurants mobile app, food ordering apps, social apps, travel apps etc. Our experts will contact you for desired information and your website will be ready. Our Technology team will guide you with the best suitable advice. 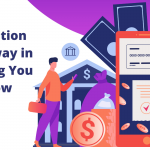