Wearable devices such as smartwatches, fitness trackers, and hearing aids have become indispensable in our daily lives. The sum of money invested in the wearable technology industry reflects this. The wearable device market is a massive area of opportunity. It provides an excellent opportunity for entrepreneurs and companies, with total revenue of nearly $28 billion in 2016 and estimated revenue of $34 billion by 2020. The applications that power these devices, which are now commonly referred to as “Wearable Apps,” are a key driver of the wearable tech industry. Wearable Apps, unlike traditional smartphone apps, are supposed to perform tasks that are much more unique and imaginative.

If you think the wearable craze will go away in a few years, you deny reality. Some of these statistics below will give you an insight into how the wearable technology market is expanding and how it is expected to change in the future.

If you are an entrepreneur exploring the idea of starting up, a wearable app business might be the right choice?

Wearable technology in the workplace (also known as “wearables”) has a futuristic appeal, making it an attractive investment for businesses looking to develop and revolutionize their workforce automation. Wearables can assist companies in dealing with issues such as employee policies, clients, and properties. But, for both ordinary individuals and businesses, what are the benefits and advantages of wearable technology? What are some of the ways companies are putting it to use, and which companies are leading the pack in this race?

Any business that could make its high-tech services (such as mobile applications and websites) accessible to users on a wearable device needs a wearable technology strategy. Businesses that can use wearable’s and wearable applications as part of their tech strategy would have an even greater need. We can’t know what products and technologies will be released in the future, so it’s a good idea to plan so that you can adapt current applications and apps to work with wearable technology. You may also take a creative approach by coming up with new ways to use high-tech wearable’s.

To succeed in the highly competitive modern automation environment, the concept on which your app is built should be imagined with the right ease of use and properties. It’s important to understand what factors should be taken into account when developing applications for wearable devices.

Types of Wearable apps one can look at for inspiration (fitness tracking, calorie counter etc.)

Wearable technology growth is now mainstream, and companies are actively investing in it. One cannot disregard the trend of people becoming more interested in wearables. Let’s take a look at some of the most popular apps for wearables.

The wearable app market is still in its early stages. It does, however, have plenty of space for innovation and a plethora of highly lucrative opportunities for business people and entrepreneurs to seize. It’s no surprise that companies like Google, Apple, and Samsung continue to devote a large portion of their capital to benefit from this industry. The real difficulty in implementing wearable’s as part of the Internet of Things is connecting these islands with data that can be correlated in ways that give us new insights into ourselves and the world around us.

Do you wish to develop your Wearable Mobile App?

Let us know about your mobile app development requirement. We are experienced in developing mobile apps, business websites, travel websites, E-commerce websites or Health/Fitness websites. Our experts will contact you for desired information and your mobile app will be ready. Our Technology team will guide you with best suitable advice. 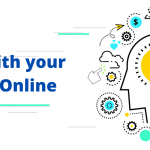 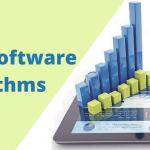