Offline Mobile App architecture: Why you should build Offline-first apps

How many times has this happened to you when you have wanted to book a cab through Ola or über but due to network issues, the taxi couldn’t be secured, and now you are stuck in the middle of the road looking for an auto-rickshaw? This has happened with some of the other people at some point in time. But the question is, is it a big deal? For users, it might not be a big deal. Still, for app developers, if the customer faces network issues now and then and the app requires a stable 4G connectivity to load, they will become frustrated and never revisit the app. They might also rate the mobile app with very few stars, leading to lesser use of the mobile app. So, developers should not focus on developing offline-first apps that solve network failure and latencies. Offline mobile apps are playing major role in driving apps in on demand platform.

What are offline mobile apps?

The Offline-first approach is where the app is built to function even when there is no network connection, and users can still sync and transfer data and get updates. These mobile apps can work without an internet connection and are very helpful when there is a problem with internet connectivity and issues. It is hard to believe that network issues persist even at such times, but the statistics clarify that such problems continue. This requires the need to build offline-first apps that can work even without internet coverage.

As per statistics, around 70 percent of users leave the app if it does not load well. And about 54 percent would never revisit the mobile app if it has failed them.

Most of the mobile apps require a decent and robust internet connection to work and operate. But if you don’t have a receptive connection, then the app will not work or be very slow. At such times, offline mobile apps will be handy as they will move the content from the server to the phone. Take the instance of a shopping app where you add the items you need into the cart. In online apps, you will need to repeatedly move back and forth to the server to choose and put them into the cart.

But if there is low connectivity, it can become frustrating at times. With the offline mobile app, the content is moved to the app, i.e. you can choose and put the items into the cart while being offline, and for buying and making the final payment, you will need an Internet connection. This will speed up the whole process of shopping, and things will be more streamlined.

How do the offline mobile apps work?

In the traditional online apps, the content is stored at one place on the server, convenient and simplifies the synchronization process. But for the user to access the data and information, it needs to have a stable internet connection because the data is updated now and then for the users. But in the case of offline-first apps, the information doesn’t require constant updating, so the device is not necessary to request new data from the server. This fastens the process and works even when there is no connection or network issues. The app’s data and content are enough and can be accessed by the user anytime and anywhere.

The data is stored, synched, and accessed in offline mobile apps depending on the architecture, server, and device. The basic approaches to developing offline-first app include-

Strategies for making the app communicate with the backend server include-

Caching is another strategy where the user might like to see and have access to recent data. This strategy works well when no other synchronization strategy is relevant. The device memory stores most of the data as a cache.

Some of the tools used for developing offline mobile apps include-

Let’s find out some of the services that building an offline-first app can provide.

Which industries should consider an offline-first app architecture?

There are specific industries that can benefit from building an offline-first app. Let’s have a look at a few of them.

Examples of some offline-first apps

These are some offline-first apps which are quite popular among the users and can inspire others to build their own.

A good user experience and loyalty is a must for any mobile app. If the app faces low internet speed, it becomes frustrating for the user to hold on to the app. The offline-first apps will be a perfect option for the users. Without an internet connection, they can access data, and the business can gain a competitive edge over the others. Although it might require some initial investment and cost, it will be worth every penny.

Do you wish to develop your first offline mobile app? 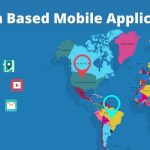 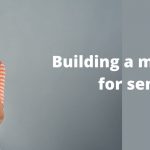