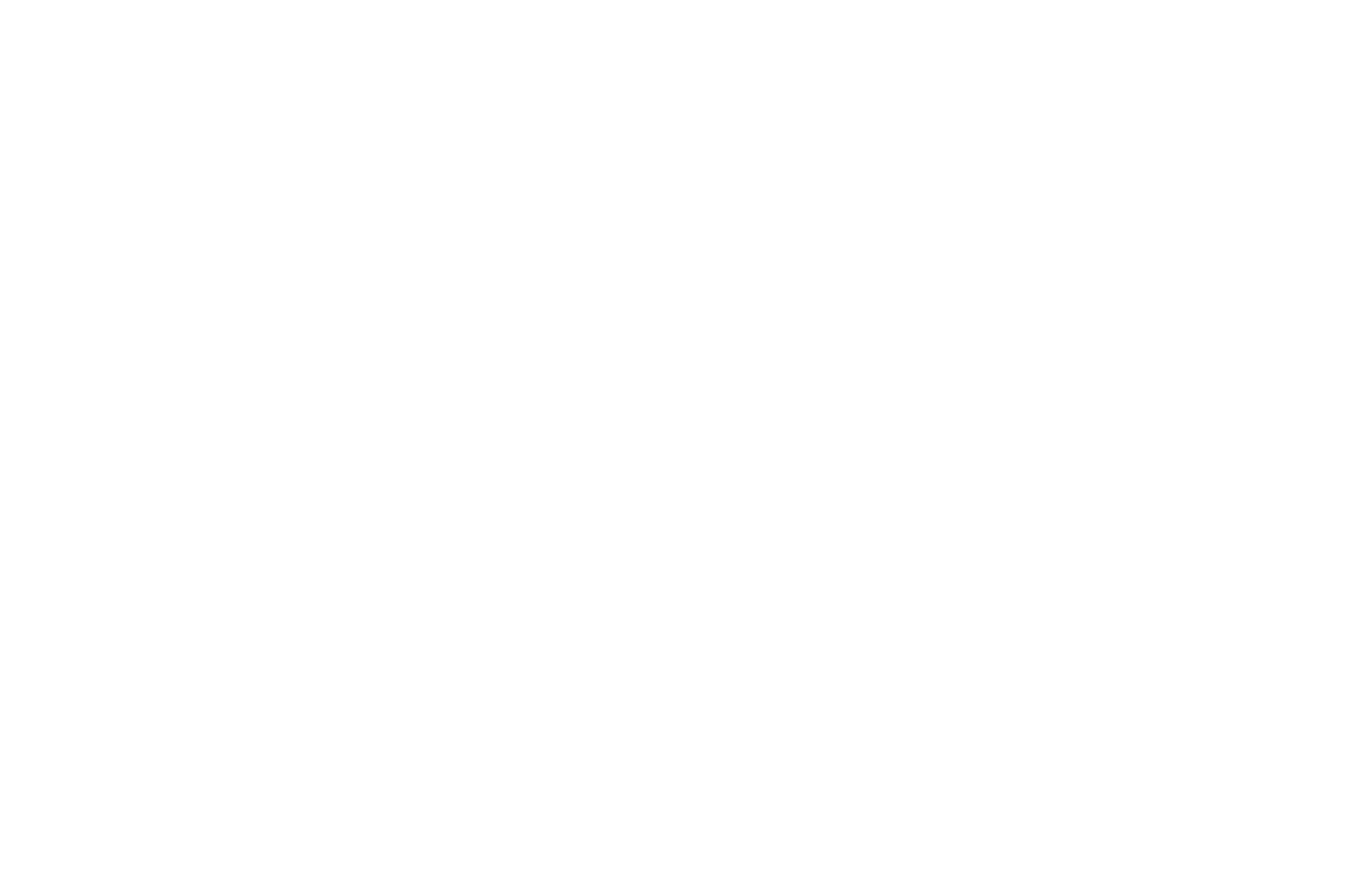 Mobile App development cost planning  is a task in itself. It has a lot of technical as well as strategic components involved in the whole process. What sets it apart however is the fact that if unchecked or done in an unplanned manner, the entire budget could go immensely overboard.

The reason is simple, there are just so many parameters one could improve upon for better user experience. Plus, the competition is so huge that app makers usually lose focus on what is the most important feature and end up including a lot of side features too, just to make sure that the user stays.

While it might sound like a good idea yet, it isn’t half as good because the budget overshoots soon. An app isn’t like a website where you decide the number of pages and finalise the cost structure. Mobile app development is dynamic and hence the budget goes dynamic too. Thus, it is very important that you fix up a budget and work around it.

Also, it isn’t uncommon but most of the firms who go for mobile app development are either early-stage startups or small and medium businesses. The implication of that is that both of them are cash strapped. So, when one is running on a tight budget, the focus is always to reduce cost. Now, while not planning well may make your budgets shoot up, there are some mistakes which you can avoid or some strategies which you may implement to ensure that you are able to reduce the overall app development costs.

This blog addresses the latter i.e. what should one do in order to reduce their mobile app development cost. Let us first look at some of the mistakes one needs to avoid in this pursuit. This will be followed by the strategies one can implement for the same.

The very first mistake that most startups end up making is, a lot of times the features being added will change during the course of development and hence the UI/UX cost will vary accordingly too. While this would be tough to avoid completely, yet a better way would be if you go over the wireframe again and again instead of making the changes once the development starts.

You need to understand that mobile app development isn’t like writing on the board. Any change means going back again and changing a lot of features because most of them are interdependent. Now, would you want to take up that extra cost? Not really!!

So, whatever you need to change, change at the wireframe stage itself.

Also, the testing bit! Be it an android app development or an iOS app development, the testing will be done for each individual device. The biggest confusion on this happens especially in the case of Android apps which run on literally n number of devices. So, if you are making an Android app, be sure that you have covered all the possible device types!

Now, ideally, we should have given you an example to explain how detrimental a wrong estimate at this stage could be. But, honestly, no one really tells it. So, for easy reference, talk to any of the people you know who are developing mobile apps. They will tell you what the experience is like. That would give you a better understanding of this scenario that we talk of.

Mistake 2. Not Taking into account the cost of updates

Ok so, we have mentioned ample times that you need to plan for your updates. While this cost will not be a fixed one but it would definitely be recurring and will come in different proportions given the kind of update that is to be done. So, when you make your initial budget itself, plan it for at least 6 months post the mobile app launch so that you may take into account the update creation costs too.

And again, just to clarify, when we say the cost of updates, do include the cost for testing as well.

Mistake 3. Not Being Able to Decide Between Native and Hybrid mobile app development

This might be a new concept if you have just started thinking of creating an app and so let us define it for you. A native mobile app is the one which is built from scratch and is developed for a particular platform. A hybrid app, on the other hand, is the one which is developed for multiple platforms. The implication is that a native mobile app development cost will be charged per platform, i.e. two times if you have it created for android and iOS both. For a hybrid app, on the other hand, the mobile app development cost is simply a one-time irrespective of how many platforms you choose to run it on.

This might be a new concept if you have just started thinking of creating an app and so let us define it for you. A native mobile app is the one which is built from scratch and is developed for a particular platform. A hybrid app, on the other hand, is the one which is developed for multiple platforms. The implication is that a native mobile app development cost will be charged per platform, i.e. two times if you have it created for android and iOS both. For a hybrid app, on the other hand, the mobile app development cost is simply a one-time irrespective of how many platforms you choose to run it on.

Now, this would mean that everyone should go for a hybrid mobile app but that is not the case. This is because the Native mobile apps have better performance and overall user experience.

Hence, when you decide what to do for your mobile app, make sure you weigh in these two options and then make an informed choice.

This one is pretty much an extension of the point which we had mentioned earlier about planning well for your mobile app. Now, as we said, it is going to be tough to make sure that no sudden features get added and hence the best bet is to minimise such occurrences. A corollary to this would be the fact that one should be ready and hence account for the expenses that could come upon this account later.

Inclusion of such an expense and it would be easier to ensure that your overall budget doesn’t overshoot.

Sounds very strange that one could even miss it but people do tend to forget including the cost of implementation. Let us take the example of an e-commerce app which will have features like payment gateway, wishlist, product categories etc. All of these features will have to be implemented, maintained and improved.

One tends to miss out on the cost of implementation because it is sort of a hidden one. But, just because it is hidden, it doesn’t mean that it is non-existent. Hence, make sure that you have accounted for the same in your budget

We have talked about strategizing enough. So much so that we even have a comprehensive blog about making your idea into a successful app. However, since we are talking about reducing the mobile app development cost in this one, let us reiterate on some crucial points below.

One of the best strategies for a successful mobile app launch is to make a minimum viable product i.e. a product with fewer features at a low cost and then keep updating it over time depending upon what all features are the users looking at having. This strategy not just avoids any kind of time wastage but also ensures that the expense happens in trenches and not at once giving you control over the overall finances. Plus, since an MVP allows the audience to warm up, the kind of insights thus generated will help you plan your update types even better in a more relevant manner.

One can take the example of Enlight Pixaloop which initially offered just the basic features and even came in free. But, over time, it kept improving upon its features and now it is no longer a free mobile app. However, since it has already established itself in the market, people readily pay to have it on their phone.

Use Ready made Templates

We had mentioned in one of our previous blogs about how white labeling your code could be a great way for mobile app monetisation. Now, let us look at it from the other side. Instead of coding your mobile app from scratch, you can simply take a template and start working on it.  Not just would it save your time, it will reduce the overall mobile app development cost. Now, if you may ask if any mobile app developer has done that before? Well, see all the games which are an extension of the original Candy Crush, well all of them have worked on the same basic template, only modifying it to their specific theme at a later stage.

Well, a simple no brainer but we are still mentioning it just so that it doesn’t skin your mind. Do not spend on having features which you can simply plug in to get from the phone. Features like camera, GPS, call options etc are some things which you can take up from the mobile phone itself. To be frank, every app does this. If you do not, well then maybe you are being a bit careless with your money.

This could be called an extension of the MVP point but honestly, a user gets impressed only so much and some of the best and widely downloaded mobile apps have the most basic aesthetics. Be it Facebook, your average photo editing apps, Whatsapp, Instagram, any news app or any mobile app that you can remember right now- if it is famous, its UI/UX is probably the simplest. Hence, until you are developing a mobile app for an interior designing or an art firm and hence need to focus a lot on the look and feel, keep the UI/UX simple!

We cannot emphasise it enough because if even a single bug reaches your audience and a few negative reviews pour in in the initial phases, your mobile app and all the money and effort that you had put in will be lost- all at once.

And as we finally close this, do not rush into the process. Of course, you have deadlines to stick to but trying to finish it fast by pumping in more money wouldn’t make sense. Every step in the mobile app development process takes time and hence you need to let that happen. Plus, the hushier you get, the higher would be the probability of mistakes happening. And these mistakes come at additional costs.

Having said that, we feel that we have said enough so that would be all from our side. Should you have any questions though, feel free to call us or drop in an email!

Do you wish to plan your mobile app development budget? 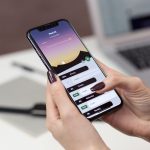 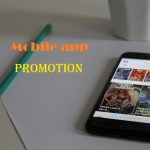