Let us start this blog with an “If”. So, “If you go and search for a consulting app on Google, you might not be able to generate a lot of relevant queries. Most of the search results that you will find will be about management consulting for apps. Probably that is what you wanted to know or probably you were looking at developing a consulting mobile app.

Some Examples For Better Perspective

Other than these, there are some good financial consulting apps such as  FinaQA which aims at helping people with their financial queries by putting them across with CA, CS or other financial advisors. Once one logs into the app, they can type out the query and request assistance from an expert. The app helps with putting across the right consultant for the query.

Another app belonging to a different sector (education here) would be Atlasso which helps people consult with experts for taking the right courses for their career path. Unlike static websites like Shiksha.com or Pagal guy, Atlasso puts one across with an expert for a real time consult.

The third and final example for this blog would be the most common doctor consultation apps. These apps like mfine or Docsapp assist by allowing one to book an appointment with the doctor of their choice. The consultation then can be made via a video call.

How do the Mobile Consulting Apps Work

Based on these considerations and also the kind of consulting interface being used, a consulting mobile app can be divided into three categories:

These models are pretty similar to Quora only unlike Quora, they are directed for specific people to answer. Such apps can be either industry specific or industry agnostic. An app like this will require a user to put up a question in one among the selected categories which the app caters too. The question will then be forwarded to through an administrator or simply showed through an online algorithm to people who have marked themselves as the experts in the categories. Once the answers are received, to make sure that the requester gets the best answer, either the consulting app firm could have it vetted through an in-house expert or simply ask for a public vote and then showcase the answers in the order of their popularity and accuracy.

That being said, there can be better ways too in which a final and more accurate vetting of the answer could be done.

A recently started business by Suhas Misra (co-founder Paperboat), Misters.in would be a good example to understand this concern. Misters.in is a startup aimed at the rarely discussed topic of Men’s sexual wellness. For now, Misters.in is a web and call only platform but an app version of it would make sense enough. Suppose Misters has an app, the process would involve people putting up their query on the platform. This query is then transferred to an expert who answers it. Alternatively, the app can have an in-call functionality connecting the user directly to the expert.

Finally the model where one could interact on a video and feel more at home. Most of the healthcare apps follow this model. The person/user is first required to book an appointment with the doctor and then, they can discuss their concerns on a live chat.

The issues with offline consultation & How Consulting Apps Score

One has to go out!

The very first and probably the biggest one for millennials or the upcoming target segments- everything needs to be delivered at the comfort of the home. Most of the new age generation doesn’t want to go out for utilities. There are so many apps which provide almost all the services at the tap of a button. In such a scenario, it is only obvious that consultation should be at the tap of a button too.

The amount of time that gets wasted

The lives today are fast paced and taking time out can be tough. And consultation isn’t always about consulting with a doctor. Sometimes, we need consultation about a new app we are building or how one should plan a startup or simply about some course we would be wanting to take. In such a case, going and meeting an expert doesn’t really make sense. However, getting on a phone or video call over an app would make a lot of sense and will also help with time management. So, while one is taking a break, they can simply log in and engage or fix a time as per their schedule.

May not be happy after the consultation

Now, it isn’t always guaranteed that the consultation would be up to the expectations. Sometimes we expect more and sometimes the consultant himself/herself isn’t up to the mark. In such a case, giving feedback to an offline consultant could be tough. However, with an online consulting app or a similar relevant portal, one can give feedback easily. Such a feedback will result in the consultants improving their overall consult quality which would help not just the users but them as well. There are few apps which refund the consultation fees in case if clients are unhappy.

Round the clock availability

Usually an offline consultation requires one to book an appointment prior to the consultation. Now, that particular consultant might not be available all the time. Plus, since we are focusing on just one consultant, we will have to clock our schedule around them. If however, this discussion or consultation happens over an app, not only would one be able to choose a better consultant amongst the pool of multiple but also plan the schedule as per their time.

No explanation would be required here because we all know how expensive offline consultation gets. The online ones however, since they offer the consultants a pool of prospects too, are usually way cheaper.

It is not uncommon that people cancel at the last minute. This results in a huge loss for the business, both in terms of the opportunity lost in terms of the client who didn’t come but also loss of the other clients which they had to turn down. An online consulting app however solves this issue. This is because an online model works in tandem with an offline one and hence, the entire schedule can be planned accordingly. Also, if the online slot for the consultant gets opened, another person can be fit into that.

Lower and erratic turn out

One can not guarantee the number of footfalls one can have daily but one can definitely make up for that on online apps because a lot of them is analytics and data interpretation. Thus, for the business types which have erratic user turnouts, they may as well use up their idle time to consult on apps and provide solutions to those who might not necessarily visit. This could be a great source for making up the revenue targets.

Most of the online consulting apps provide for better visibility to those who perform well or have better feedback for their work. Thus, instead of spending huge amounts of money on digital marketing or offline promotions, a decent marketing strategy built around a consulting app would help get larger chunk of the market share. The faster one does it, the better the results would be.

The days are long gone where people used to depend upon other people for the information. Now, is the age of the internet where almost everything is just a tap on the screen away. The internet is full of relevant information and there are so many experts who could consult across border too.

In such a situation it is only a matter of time before someone leverages this benefit and creates an app for consultative selling.

At Vibeosys, we help you conceptualize and then develop your consulting app in just the manner you would want to have it. All you need to do is to come up with an idea, the development and execution is what we will do for you 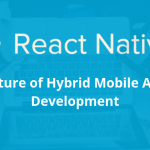 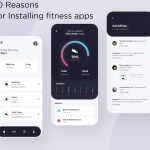