How are meme-making apps disrupting the social media industry?

Any new happening or event takes place, and you have thousands of memes made on that in a few minutes. Memes have been here for a long time. We get so many memes daily, which are passed on from one person to another in the community. They are quite relatable with the current scenario and make us laugh out loud. They have been around for more than 40 years but have gained much popularity in the recent past. Richard Dawkins first introduced the concept in his 1976 book The Selfish Gane. Memes are an idea, behavior, or theme that shows the current cultural system and are passed on from one person to another within the community. You might have laughed so often when a video or an image gets virally related to the present scenario and events taking place around the world.

Some reports suggest that such is the popularity of memes that it has replaced the most searched word on the internet -Jesus. With the increasing popularity of social media and the internet, memes making has taken over. Our news feed is filled with thousands of memes when we open Facebook, WhatsApp, or Instagram every morning. There is something to make you laugh almost every morning. Memes have become popular not only with Gen Z but also with most millennials. Although memes have been taken to lighten the mood, they have become an excellent marketing tool for marketers because of the funny and realistic approach they carry behind them. With the popularity of memes among people, the brands have also realized its importance and used it to their advantage.

Why are the marketers and brands vouching over the memes?

Memes are like jokes and commentary passed on from one person to another, and we spend hours watching them. Memes have become the language of social media. While we are busy seeing one meme after another, it feels irritating when you come across those brand advertisements you only wish to skip. And that is where the marketers and brands have realized the importance of memes and have found ways to incorporate memes into their advertisements. They are careful with the content that they are publishing on the internet. Brands have changed their way of promoting and included more humorous internet conversations that the youngsters can relate to. They are creating content so that it is as per the taste of the people on social media.

How are memes working as a tool for influencer marketing?

Memes can be used for marketing but with utmost care. It should be understood whether the meme is suiting their brand image and identity of the influencer.  It depends on what the brand wants to endorse. Memes are usually funny and humorous, but if the brand gives it a serious touch, memes’ whole idea and concept will be nullified. So, it is necessary to understand and use it in the right place. If a brand wants to adopt a more casual approach towards its marketing and can incorporate pun and humor, then memes can be a great idea.

Brands usually have two options when they enter into the world of meme marketing. One is to use the existing meme or create a new meme from scratch.

For using the memes successfully, the brands and influencers should follow some guidelines and tips that must be followed. Let’s find out some of them.

Some meme-making app making the rounds

Meme marketing has taken over in recent years. It has become a topical way of harnessing the power of social media. Since memes are no more just for fun or entertainment, they have also become a great marketing tool. Using a cultural approach to the market is the right idea. In meme-making, it should be kept in mind that to promote and market the product, one does not overpower the product and leave behind the meme aspect, leading to the failure of the product. The purpose of a meme is to keep the audience engaged and entertained. If not used properly, it would defeat the objective itself. So, memes should be created to fulfill their goal and become a useful tool for marketers.

Do you wish to develop your meme-making Mobile App?

Let us know about your meme-making mobile app development requirement. We are experienced in developing consulting mobile apps, restaurants mobile app, food ordering apps, social apps, travel apps, etc. Our experts will contact you for desired information and your website will be ready. Our Technology team will guide you with the best suitable advice. 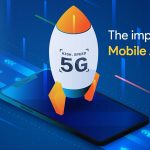 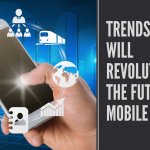