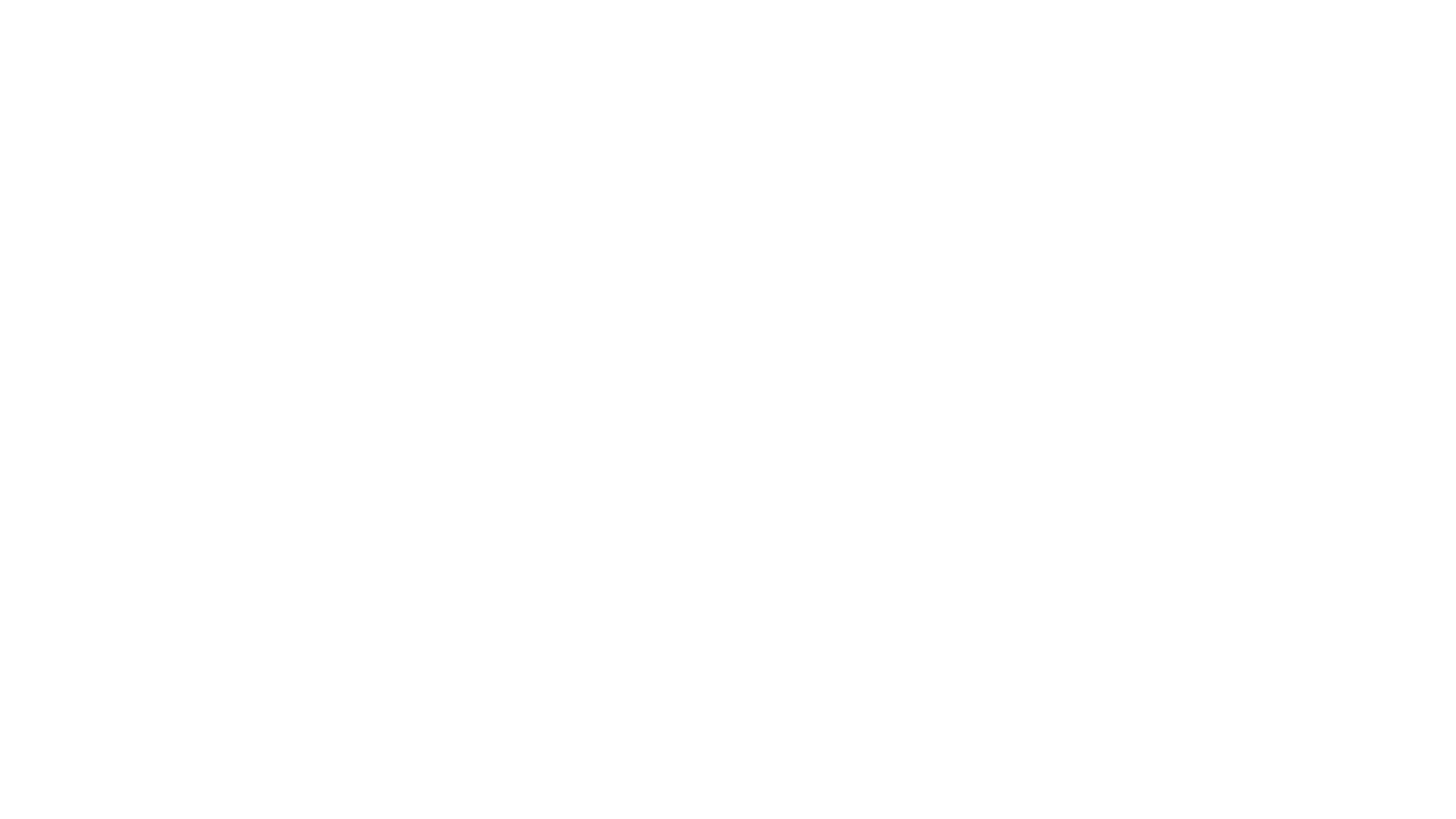 Mobile app security is defined as the measure of protection of mobile device applications from various digital scams and frauds. These can be in the form of malware, hacking, data leakage, and other criminal manipulations. It is primarily directed towards the prevention of fraud and other online exploitation. Mobile app security tends to marginalize the extent of risk that arises due to various internet pitfalls or malpractices. This framework involves assessing application security issues in the context of platforms that they are designed to run, the structure that they are built, and the anticipated set of users.

With the world being ‘webbed’, mobile applications have been a critical part of a business’s online presence. With the advent of the internet and its pervasive reach, most people have exposed themselves to a privacy breach too. Various mobile applications have access to a large amount of user information and must be protected from unauthorized access. So, mobile app security is the need of the hour. We will now delve into mobile app security best practices.

A mobile device has a plethora of components and parts that are vulnerable to security fragility. They are made, by multiple players, each of whom plays a crucial role in the security of a device. Common glitches of mobile devices include

This, in turn, motivates the potential hackers to muddle with valuable information and data.

How does Mobile App Security work?

All popular platforms provide security control designed to help software developers build secure applications. However, more often than not, it is usually considered the responsibility of the developer to select the best amongst the myriad of mobile app security options available. Hence, it is important that the developer should be prudent whilst selecting the best mobile app security which suffices to protect the respective software from unwanted hacker or intruder and manhandle important information or personal identifications.

Mobile app security focuses on the software security postures of mobile apps which help them to refrain from storing or unintentionally leaking sensitive content or data, in ways, that can have irrecoverable consequences. Thus effective security management is an important part of app development and cannot be ignored in any given context. Technologies such as reverse engineering, static analysis, dynamic analysis and other test procedures should be extensively implemented so as to ensure optimum protection and safety of application data and configuration. Mobile app security is a holistic approach to avoid malicious users, who can potentially attack your system and muddle with the data. So it is important to understand the vulnerabilities and loopholes of the mobile app, to curate a pragmatic solution for the same.

What are the various security threats to the mobile app security ecosystem?

Malicious Software (Malware) is, in its simplest expression, aimed at gathering and exploiting private information that disturbs users, may cause the breakdown of their device or lead to consequences such as the data becoming unusable. A recent attack on Cognizant in 2020 rendered the firm helpless and employees locked out of the system. Whether the demand was met or not is not sure but it did result in significant losses to the firm. At such a large scale, the malware is usually known as ransomware because the hackers demand something in return or sharing the credentials or data back. For an average user, not so much is at stake usually and hence the malware accesses the data and sells it online to any of the takers.

In the new decade, data is considered as the new ‘oil’. It is the most powerful tool at our disposal, which if not diligently used, can have many detrimental consequences. Zoom and TikTok were recently in the news for this very reason. That they were stealing the data of the Indian consumers and selling it to Chinese. While we may feel that such a thing will not have much significance for us, yet at a larger scale, this is literally an act of e-warfare. The fraudulent practitioners use distribution code native to popular mobile operating systems like IOS and Android, to access valuable data across the corporate network, without any trace or intimation.

It is practice when hackers set up fake access points- connections that look like WiFi networks but are nothing but traps in high–traffic public locations such as coffee shops, libraries, airports, etc. It is a scam of alluring the general public to sign into “free Connections” or “Unlimited Internet”, and thus screen out all the sensitive content and personal information by hacking their networks. In some cases, attackers require users to create an “account” to access these free services and complete them with a password, so that no red flags can be raised in the minds of the users. Also, because most people use the same email and password across various services and platforms, hackers can compromise users’ email, e-commerce, and other secured information.

In layman terms, Phishing is a fraudulent attempt which is aimed at retrieving sensitive information about the user which can then be used for n-number of purposes. The most common forms of phishing attacks revolve around accessing username, passwords, credit card information or even the Aadhar number in India these days.

Since mobile users often monitor their email in real-time by accessing their accounts, opening, and reading emails when they are received, they (mobile users) are more vulnerable to a security breach. Mobile users are also very susceptible because email apps display less information to accommodate smaller screen sizes. Thus they are the front lines of most phishing attacks. Thus, it is important that while devising the overall mobile app security checklist, these are included too.

Broken cryptography is a form of mobile app security threat that leverages what most mobile apps say is a security firewall; the end-to-end encryption. A hacker using this exploits the systemic vulnerabilities to crack the passwords. Alternatively, they can simply gain access through a third party link sent to the user. Thus, it is important to ensure that the developers employ high-level app functions like two-factor authentication to ensure superior mobile app security.

Usage of token to complete the online transactions is a common practice given how much it eases the overall process. However, this does not provide for effective identity authentication. Tokens are generated by apps to identify and validate the device. This is much like a password for the account.

Like passwords are for users, tokens are generated by apps to identify and validate devices. So, improper session handling happens when apps unintentionally share session tokens to malicious intruders. This allows hackers to impersonate legitimate users, often interrupting lessons and leaking confidential information. Corporate intranet sites are the most prone to such threats.

There is a pervasive mobile app vulnerability epidemic and it has been impacting organizations across the globe with devastating consequences. We mentioned Cognizant earlier but it isn’t the only one. Even the biggest of tech-giants like Facebook have been under threat. Let us look at some of the impacts of mobile app security threats that a brand can face.

Mobile app security is no longer a feature or benefit- it’s a bare necessity. Security breaches and leakage of data can shake the entire pedestal of the cyber world and bring everything to dust. Best practices to ensure mobile app security are as following

It is essential to keep the security of the mobile app and harden the code to make it bug-free. To begin with, make sure that you have checked out all the possible vulnerabilities that your code could have. So, make it strong because it is the foundation over which the entire mobile app security will be built.

A little bit of obscurity in the code prevents it from being reverse-engineered.

Be extra cautious with libraries

Third-party libraries can be extremely insecure and vulnerable to online hacking or other attacks. So while using the third party libraries it is pertinent to test the code thoroughly before using it. Engineers and developers should use controlled internal repositories. They should also exercise policy controls during acquisition, in order to protect their apps from vulnerabilities in libraries.

Encryption is the way of scrambling vanilla text into a vague and obscure soup of alphabets with no meaning. Every single data unit must be encrypted to ensure no breach of security or information by malicious online users. Thus even if data is stolen there is nothing criminals can read and misuse from the obfuscated muddle of alphanumeric.

Due to its mobility and compact size, “Sessions” on mobile last longer than desktops. This makes session handling difficult for the online miscreants looking for intruding into sensitive information and data. It is advisable to use tokens instead of device identifiers to identify a session. Tokens can be revoked at any time making them more secure in case of lost and stolen devices. This practice can surely ensure the protection of mobile app security.

Securing your app is a perpetual process. New threats emerge and new solutions are constantly needed. So invest in penetration testing, threat modelling, and emulators. It is important to constantly test your mobile security app for vulnerabilities and fix issues and patches. 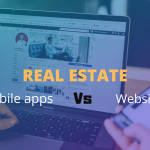 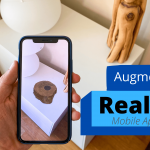 What are Augmented Reality mobile apps?Mobile App, Mobile app development
We use cookies to ensure that we give you the best experience on our website. If you continue to use this site we will assume that you are happy with it.Ok